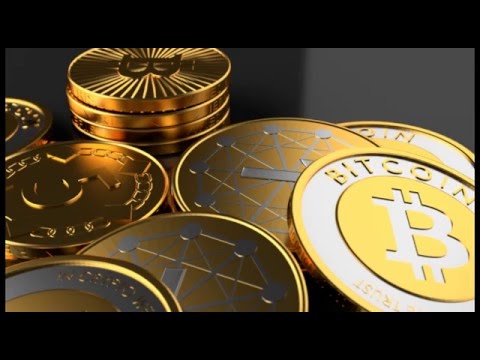 So you're sick of just mining on your GPU, and not a fan of the electric bill after a month of mining? There has to be a better option out there than your loud GPU in your gaming computer. There is!
Shortly after GPUs became popular for bitcoin mining, enterprising folks started looking at other things they can re-purpose to mine bitcoins more efficiently. Around mid-year 2011, the first devices sprang up that are called FPGAs or Field Programmable Gate Arrays. These are nothing new to the hobbyist community, they've been around for a while for crackers and other security-conscious folks looking at ways to defeat cryptographic locks. Hey! I know something that uses cryptographic calculations to secure its network! BITCOINS! Yep, so some miners developed their own boards and slapped some FPGA chips on them (most commonly the Spartan-6), and wrote specific firmware and "bitstreams" to more efficiently calculate bitcoin hashes. The first generations were sort of slow, but still they had better efficiency than a GPU. Some of the latest generation included the Icarus boards, Cairnsmore, x6500, and ModMiner Quad.
In early 2012(i think my timeline is right), Butterfly Labs(BFL) was selling their own FPGA miner that hashed at 800 Mhash/s using 80 watts and only cost US$600 amazing! These grew very popular, but people could see that FPGAs still weren't the most efficient way to hash their shares. BFL then announced that they would be designing their own chips that would be orders of magnitude faster than anything ever seen. These would be the ASICs (or Application Specific Integrated Circuit)everyone is raving about. ASICs are--as the name implies--specifically designed for one thing, and one thing only. Bitcoins. This is all it can do, and can't really be repurposed like an FPGA to other applications. Who wouldn't want a US$150 "Jalapeno" that hashes at 3.5 GIGAhashes/s using only power from a USB port?? Crazy! So summer 2012, BFL says they will ship before Christmas. Various things happen and we now still don't have any confirmed ship dates from BFL.
A few other companies have sprouted up, ASICminer which I believe is developing their own chips to mine themselves, but in a responsible way as to not threaten the network with a sudden influx of hashing. bASIC was a fiasco that was developed by the creator of the ModMiner Quad(which is actually a fantastic miner, I own one, and love it.) where he took many preorders, promised lots of people amazing ASIC performance, but in early 2013 the stress of the whole endeavour got to him and he gave up, refunded money(I think it's still being refunded now, or maybe it's been cleared up already.)
Avalon is the only company we know has ASIC mining hardware in the wild. It is not certain exactly how many are out there, but they have been confirmed by independent sources. The Avalon units are expensive(75 BTC) and have been in limited production runs (or batches) of a few hundred units that were pre-sold out very quickly.
All of this info is gleaned from the Custom Hardware forum over at bitcointalk.org over the past year or so I've been involved in bitcoin. I may have some facts wrong, but this is the gist of the situation and hopefully gives you an insight on the state of the hardware war against bitcoin
Thanks for reading!

I would like to point out a few things to any customers that are considering ordering from cointerra, especially since they are taking pre-orders for a MAY 2014 batch now, and have not even began shipping for their December 2013 batches. I would first like to disclose that i am indeed a waiting customer for an early January order for multiple asics.
-The last testing for cointerra machines were only about 1.5 TH/s, they currently advertise for 2TH/s machines. There has not been any more updates to this particular point since their last blog update about performance about two weeks ago.
-One may rightly question if Cointerra has mislead their customers by giving shipping dates that they knew they were not going to hit like other companies, Re: Hashfast and Butterfly labs, in order to take early pre orders to fund their operation. As everyone knows mining is time dependent and all calculations on risk to order from an asic manufacturer must be estimated based on future difficulty predictions, therefore shipping dates and performance are the main points that one must base their pre-payment decision from. They also marketed on the fact that they were better than the other asic manufactures and made it a point that they were going to ship on time.
-There is no real shipping estimates right now, basically they don't know when theyre going to ship. In early January they began contacting December 2013 batch customers telling them shipping would commence in less than two weeks. That did not happen.
Now I'm not sure how the profitability will play out for the May batches you may well be ROI but its not likely December batches will, and its looking bad for January as well, i would say do your research and expect a late underperforming product for your calculations. Also as an early customer I began to have second thoughts on getting this order and asked for a refund(payment in bitcoin) in September, at the time bitcoin did not make an almost ten fold move in price and I was pretty much begged to stay on as a customer and given perks. That has all changed now of course, now they would love to drop all of the early customers who took the most risk and now almost immediately ask if i want a refund when voicing concern over the late and what seems to be an underperforming product. Of course a refund is out of the question for now we will see how this plays out.
A few 'positive' points about Cointerra is that they are definitely not trying to run with our money, they are communicating their problems with us, although the updates have been vague and leave a lot to be answered. Also they seem professional I just vented for about a half hour to one of their sales associates and he took it quite well and answered my questions honestly from what i could tell.
I believe that until cointerra ships out any more products it is completely unethical to take more pre orders. They need to satisfy the customers that took the most risk on them and focus on delivering to them first. But hey, ethics and miner manufacturing seem to be mutually exclusive, so who knows.
From the experience from a current customer May is a long ways out make sure you do your research before buying asics.

Those machines will mine for them and then send any rewards to a bitcoin address which cannot be stored on the machine itself. permalink; embed; save; give award ; mudstuffing 40 points 41 points 42 points 2 years ago . This is the correct answer. This is a butterfly labs miner, somewhat rare cause they went out of business for fraud when they couldn't deliver these to those that ore ordered ... BF LABS, INC., d/b/a BUTTERFLY LABS, a Wyoming corporation; DARLA DRAKE, an individual; NASSER GHOSEIRI, an individual; ... the refund of monies paid, disgorgement of ill-gotten monies, and other equitable relief for Defendants’ acts or practices in violation of Section 5(a) of the FTC Act, 15 U.S.C. § 45(a), in connection with the marketing and sale of Bitcoin mining machines. Case 4:14-cv ... Butterfly Labs has pissed off thousands of people with their delayed orders. Oftentimes, our ASICs are no longer profitable and will take years to pay for themselves. Butterfly Labs clearly states that refunds can not be issued, all sales are final, blah blah blah. They do this to make you think you cannot get your money back. However, the way they operate is illegal and against the Federal ... Yesterday in an another twist of the SEC versus Butterfly Labs the Judge Brian C. Wimes granted a motion of to allow the sales of Butterfly Labs bitcoins to begin building up cash levels for potential customer refunds. The Temporary Receiver Eric L. Johnson made a sealed request (not available to the public) on October 29th to the judge requesting the ability to begin liquidating the Butterfly ... Bitmain Antminer B3 Lyra2REv3 Vertcoin x16rt miner Bitcoin commodity exchange Ghash.io AUR USB miner ELT smartphone miner Bitcoin automated trading ccminer heavycoin miner download Claymore Dual GPU miner eth 1.2.0 HOdlcoin trading LTCMaster ccMiner 1.7 Merito XMR X16S mining mobile crypto wallet CNv2 ccminer whirlpool windows Copper Lark exchanges RandomX pool Gridseed Scrypt ASIC PHL ...

What Bitcoin Is And Why It Matters